DC’s Year Of The Villain #1

DC’s Year Of The Villain #1

Evil is winning! Lex Luthor and The Legion of Doom conspire with Cosmic Gods, bending mankind toward a dark destiny. Elsewhere, the scourge of Leviathan spreads unchecked, seizing power in every corner of the world. And all the while the Batman Who Laughs busies himself in the shadows, aligned with no one—yet with sinister plans for all.

The carnage starts here as the badguys take center stage in “The Year of the Villain,” the most treacherous event in DC Comics history. Some act with united goals, others with plans selfish and secret, every one of them on a monstrous collision course against Batman, Superman and the heroes of the DC Universe. And our heroes will fail us.

Year of the Villain is the latest, greatest This Changes Everything event from DC. There’s a new cosmic superpower bent on the destruction of the universe, Lex Luthor has a labyrinthine plan no one else could possibly unravel, and all the superheroes are going to have to team up in new and unexpected ways if there’s any chance to divert disaster, which it sure doesn’t look like there is.

Except, of course there is. There may be all new schemes, all new alliances, and all new, more powerful than ever before super-supervillains, but the stakes still feel the same, for me, at least. The problem I have with events like this, is that all too often, they just come off as a gimmick to get me to start reading lines I’ve dropped. Sure, it’ll be amazing and new for a few months, but that’s not sustainable.

Sooner or later, the dust will settle and the Changed Everything will just be the new normal, and before long, we’ll need another new mini-series to shake things up again. I guess that’s just how things are, but it’s never worked for me. I want real change. I want consequences I can believe in. I don’t want an alternate reality version of Batman, I want a new character!

Now, I don’t want to sound like I’m down on this story. I’m not. Reading it will be fun. The art is every bit as fantastic as we’ve come to expect from the giants, the writing is solid and exciting, and we all love, or love to hate, these characters. I’m going to read every book in the series they put out, and I’m going to rant and rave with my friends about it all. I guess the problem with being genre-definingly successful is there isn’t much room for improvement. So, to me, these events will always fall a little flat, knowing the stakes will be even higher then next time around. It’ll be fun while it lasts, for sure, but when that’s over, most of us will just go on reading what we’ve always read, almost like nothing ever changed in the first place. 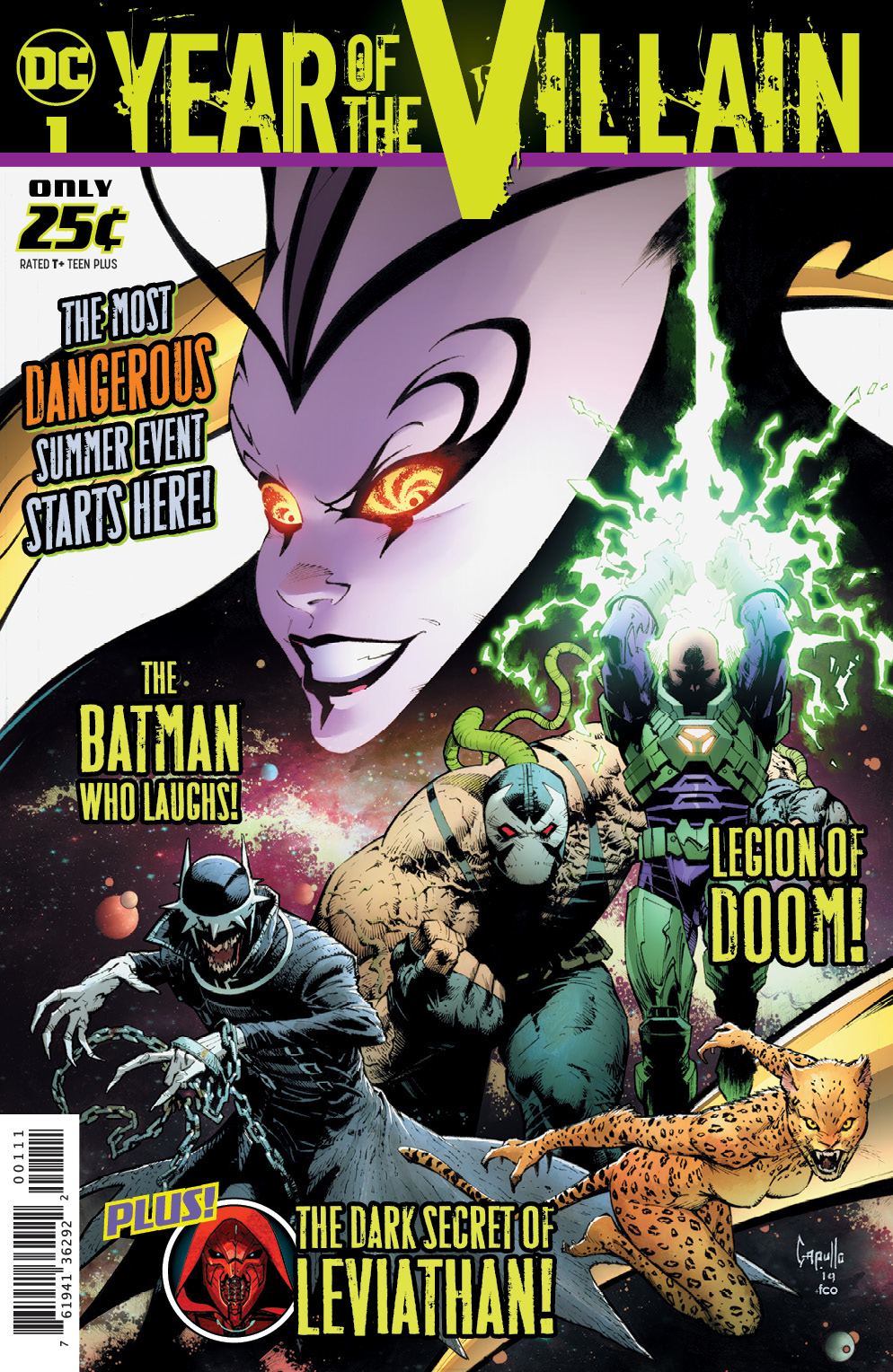 DC's Year of the Villain Special

Back to Top
Florida Geek Scene
%d bloggers like this:
We use cookies to ensure that we give you the best experience on our website. If you continue to use this site we will assume that you are happy with it.Ok