THE YEAR OF VALIANT, a year-long campaign focused on putting fans first with each and every comic, continues to explore deeper into the iconic Valiant shared universe with three brand-new titles: BOOK OF SHADOWS, BLOODSHOT UNLEASHED, and X-O MANOWAR UNCONQUERED. 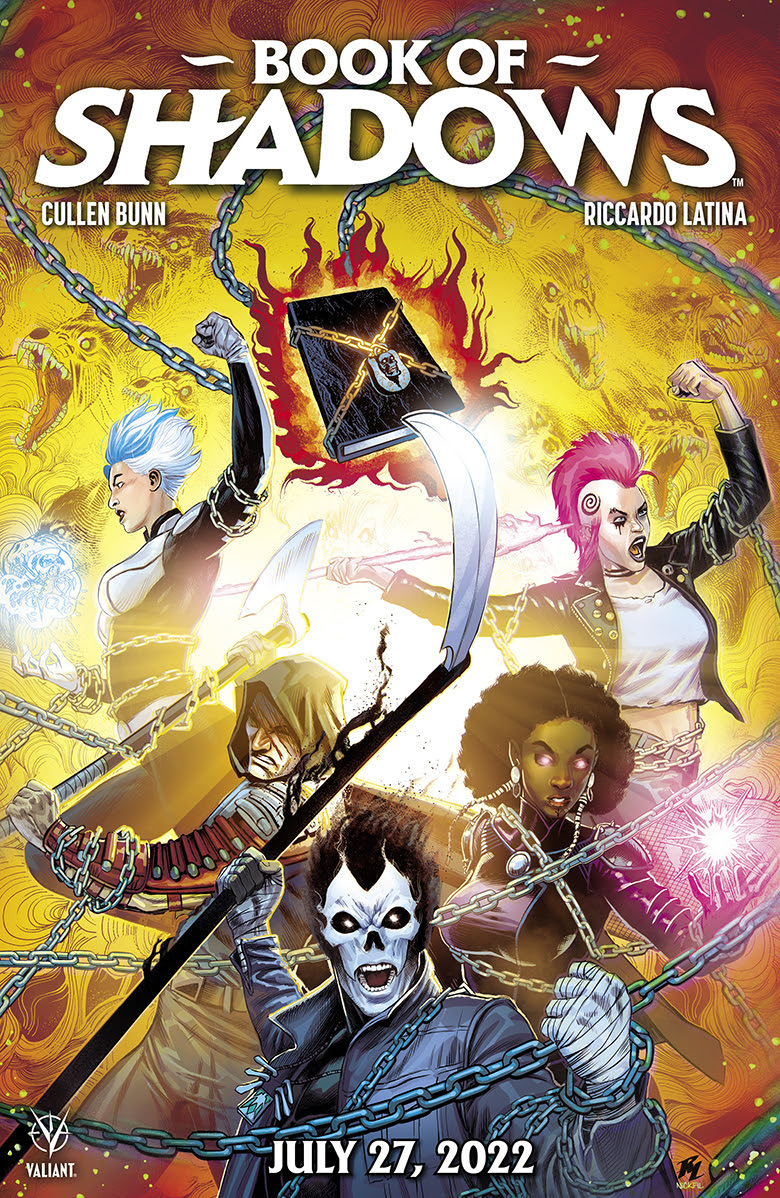 SHADOWMAN. PUNK MAMBO. ETERNAL WARRIOR. DOCTOR MIRAGE. And [CLASSIFIED]. The supernatural protectors of the Valiant Universe unite for the very first time to stand against a terrifying ancient threat. No one is safe as Exarch Fane has his cold hands on the Book of Shadows. From the master of horror CULLEN BUNN and rising star artist RICCARDO LATINA, BOOK OF SHADOWS is a supernatural event that forms a brand-new team in the Valiant Universe… but will they be enough to stop Exarch Fane’s wrath? The all-new team arrives this July. 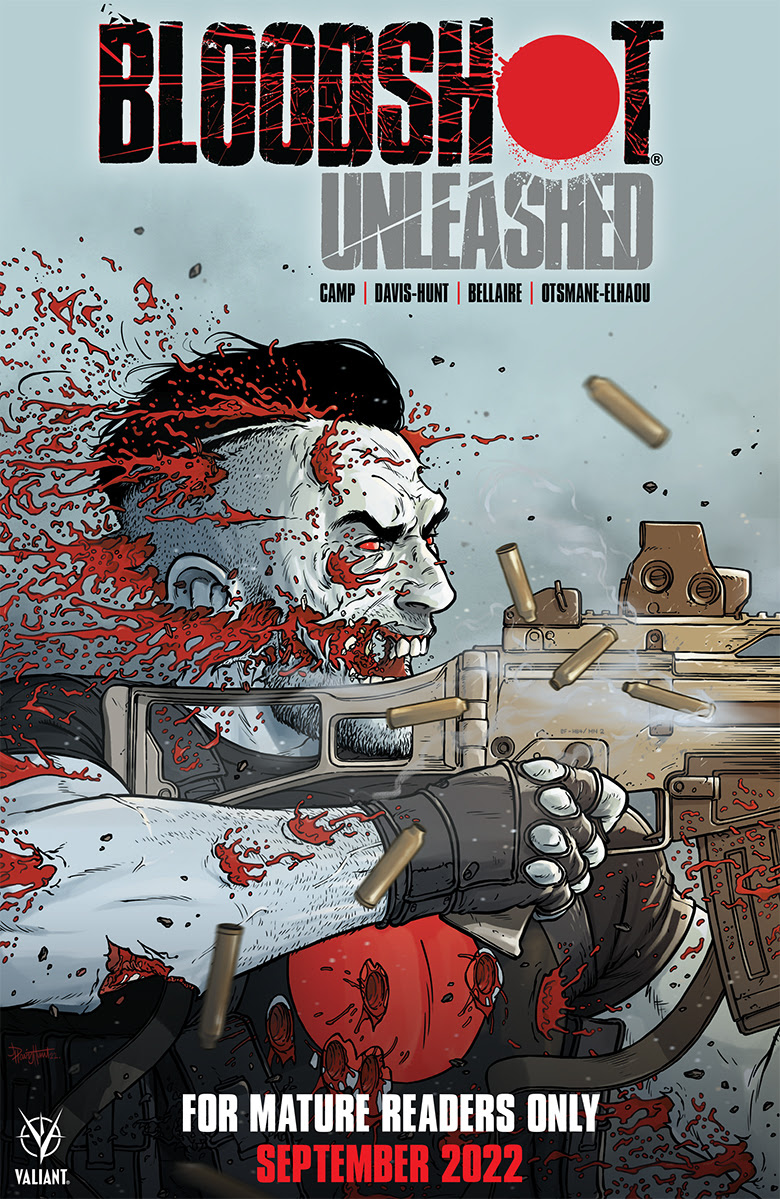 When living weapons break out of a top-secret facility, the nanite-infused supersoldier BLOODSHOT must journey across the United States to stop these twisted and lethal creations from unleashing more bloodshed and devastation on the neglected small towns and forgotten corners of the country. Will Bloodshot need to kill all of them… or can some of them be redeemed just like he was? From Ringo Award-nominated writer DENIZ CAMP and acclaimed artist JON DAVIS-HUNT comes BLOODSHOT UNLEASHED, the popular character’s first mature readers story that truly lives up to its name. The mayhem begins this September. 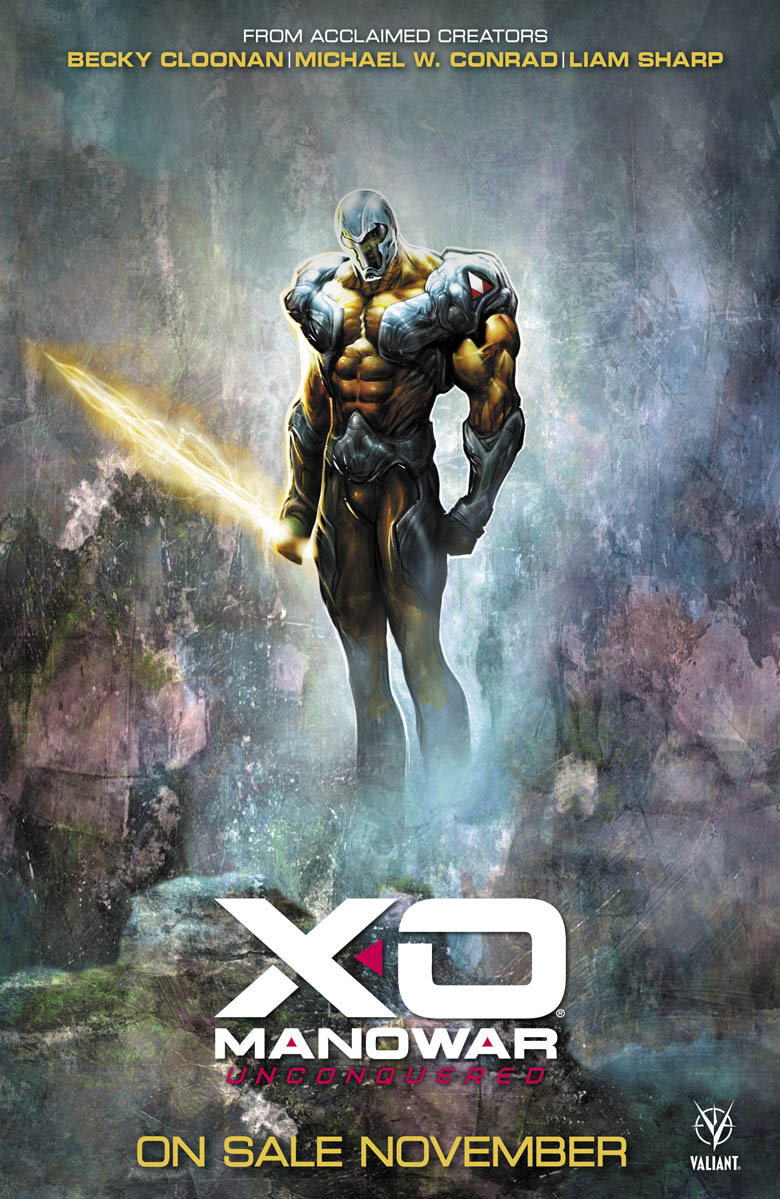 Aric of Dacia is X-O MANOWAR, a relentless and brave warrior torn from the past who wields the most powerful sentient armor in the universe. When X-O’s latest battle brings him into uncharted cosmic territory, he encounters a powerful enemy that will rip open old wounds and force Aric into treacherous, uncertain waters. Fan-favorite co-writers BECKY CLOONAN and MICHAEL W. CONRAD are joined by blockbuster artist LIAM SHARP to present X-O MANOWAR UNCONQUERED, a gripping sci-fi epic that embraces the beloved character’s history while challenging him in a whole new way. X-O’s next battle begins this November.

These three new titles come on the heels of THE YEAR OF VALIANT featuring ‘Deadside War’ within the pages of SHADOWMAN, FAITH soaring in THE HARBINGER, a new rebellion brewing in the cosmos in ARMORCLADS, and the eagerly-anticipated return of the adventurous duo in ARCHER & ARMSTRONG FOREVER.

Contact your local comic shop about pre-ordering BOOK OF SHADOWS, BLOODSHOT UNLEASHED, and X-O MANOWAR UNCONQUERED. Additional information about each title will be revealed in the coming months. Stay Valiant, everyone.