It’s Lonely At The Centre Of The Earth, an 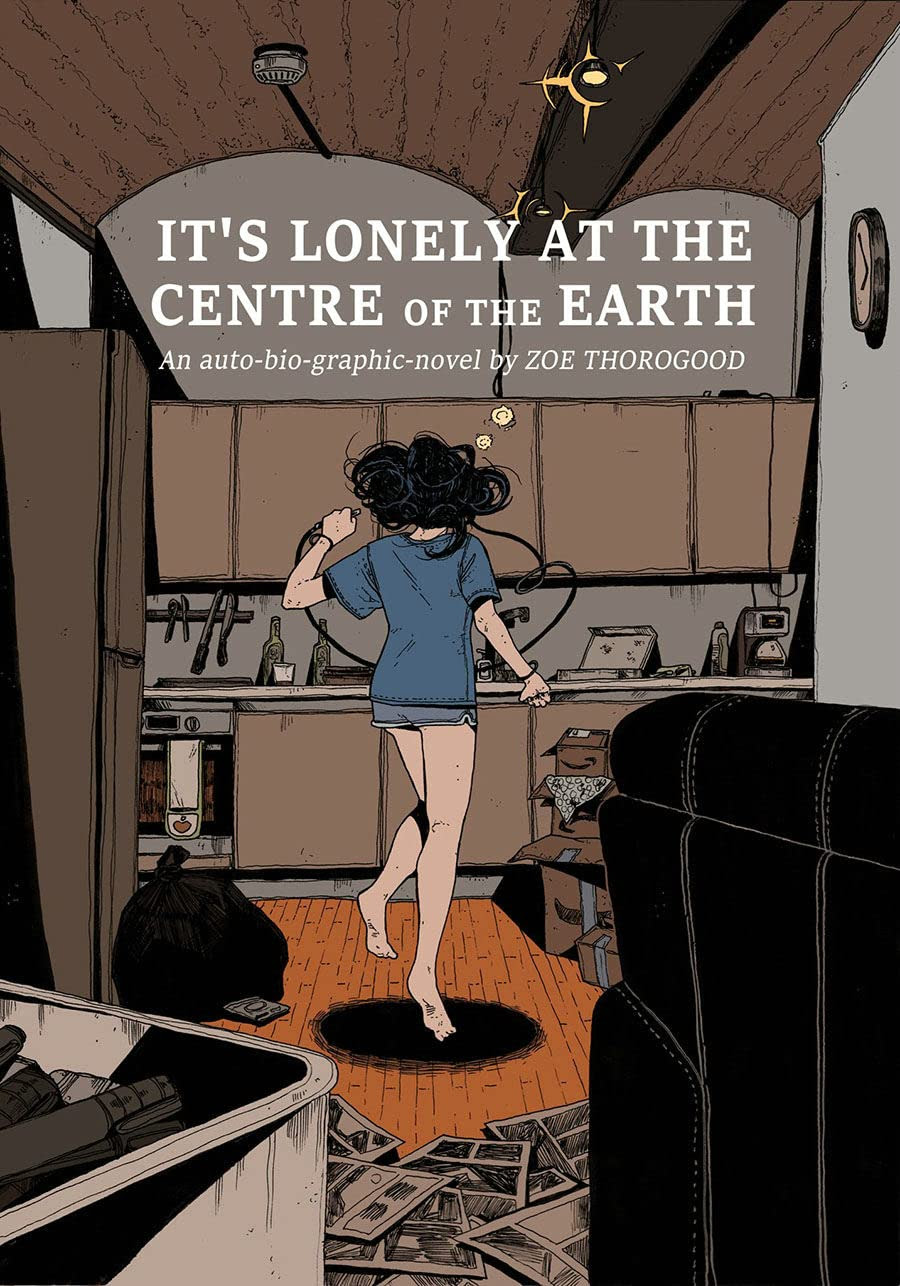 original graphic novel by up-and-comer Zoe Thorogood (The Impending Blindness of Billie Scott, Joe Hill’s Rain), will hit shelves from Image Comics this November. In It’s Lonely At The Centre Of The Earth cartoonist Zoe Thorogood records six months of her own life as it falls apart in a desperate attempt to put it back together again in the only way she knows how. This fresh and thought provoking auto-bio-graphic is an intimate and metanarrative look into the life of a selfish artist who must create for her own survival.

“This book has served as a creative sanctuary for me from the day it was conceived—an experimental playground that I hope will inspire, disturb, and comfort in equal measure,” said Thorogood.

Eric Stephenson, Publisher at Image Comics, added: “Zoe’s debut graphic novel, The Impending Blindness of Billie Scott, was one of the highlights of 2020, and we were thrilled when she approached us about publishing her next project… which as it turns out, will be the project after this one! But one of the great things about exciting new talent is that the creative process often takes on a life of its own and It’s Lonely at the Centre of the Earth was a project that had to happen, very much to everyone’s delight. This is excellent work by one of comics’ best new voices!”

It’s Lonely At The Centre Of The Earth (ISBN: 978-1534323865) will be available on Wednesday, November 9 and in bookstores on Tuesday, November 15. It can be pre-ordered at your local comic book shop or independent bookstore or via Amazon, Barnes & Noble, Books-a-Million, and Indigo.

It’s Lonely At The Centre Of The Earth will also be available for purchase across many digital platforms, including Amazon Kindle, Apple Books, and Google Play.