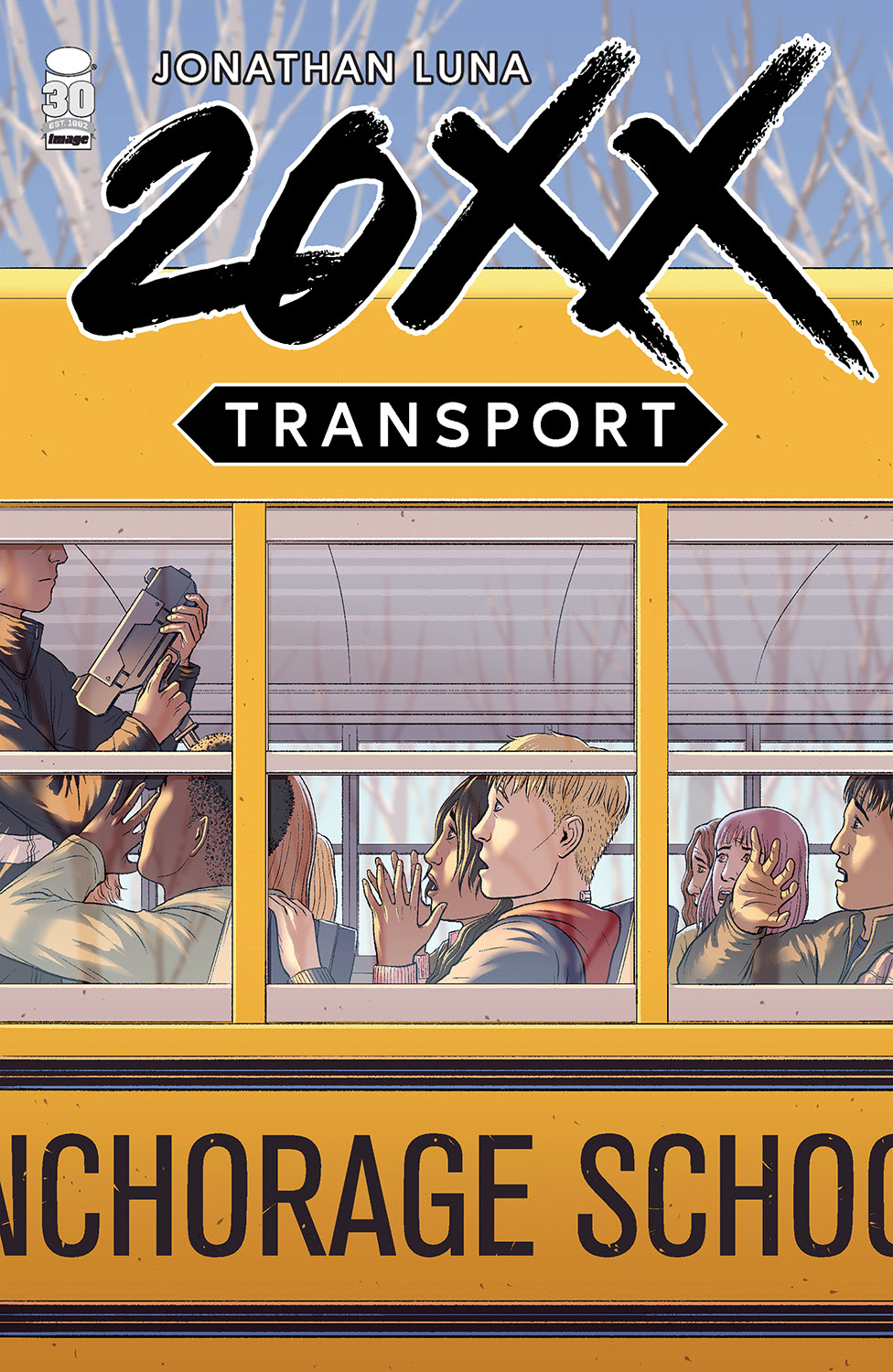 (Alex + Ada, Eternal Empire) social media, where his audience had the ability to vote and change the course of the story. Now this exciting one-shot sci-fi tale is slated to land on shelves from Image Comics this August for all to enjoy.

Out of the futuristic-yet-grounded world of 20XX, springs the story of a teenage boy with illegal telekinetic abilities who tries to save his classmates on a school bus from a group of hijackers. Presented in full color!

“20XX: Transport was such a fun project. Having played video games where you have to make difficult decisions that affect the story, I wondered what it might be like if I presented similar choices to my comic-book readers,” said Luna. “This one-shot will display said choices and which ones received the most votes. It was also a blast re-entering the world of 20XX and showing a different side of it. I’m excited that Image is publishing Transport, giving this short story a wider audience!”

20XX: Transport will also be available for purchase across many digital platforms, including Amazon Kindle, Apple Books, and Google Play.