An office of dead government agents. A gifted new killer. Two ex-Captain Americas…
When a dramatic attempt on the life of Bucky Barnes reunites him with Sam Wilson, the two old friends are plunged headlong into a race to uncover the new leader of Hydra before a mass casualty event announces the terror group’s resurgence to the world. The clock is ticking…

I think this comic should be much better than it is. I like both title characters, and they vibe well together. The art is fine, and there’s action aplenty. But there’s something about this issue that just falls flat. The dialog is too matter-of-fact. The story has no conflict that’s not violence. And that violence is solved by deus ex machina. It works as a one-liner, at best.

As can be expected from Marvel, the art is quite nice. The action is well drawn. The anatomy is consistent. The characters are unique, recognizable, and well designed. Heck, even the backgrounds are nice and busy and detailed. And I do think the artwork is important to comics, but I don’t think it can carry the entire book. It’s fine for the art to shine, but it can’t be the only reason to read.

And action has always been important to super heroes, but almost half this book is one fight scene or another. Mysterious forces show up, and either get kicked around by the heroes, or do the kicking. No idea where they came from, no idea why. Of course I don’t expect all the answers in a first issue, but I don’t think a villain should just pop up out of nowhere, knock heads for a quarter of the book, and then just mosey off. What’s excited about that?

I am prone to forgive when intro issues are a little unexciting. There’s a lot to explain, there’s world-building that has to be done, and there has to be some kind of hook for issue #2. It’s a lot to handle well, I understand. But it’s a shame when the first book of a new series falls to excite at all. Falcon & Winter Soldier may prove to be a fine series at some point, but you’d never know it from this volume. 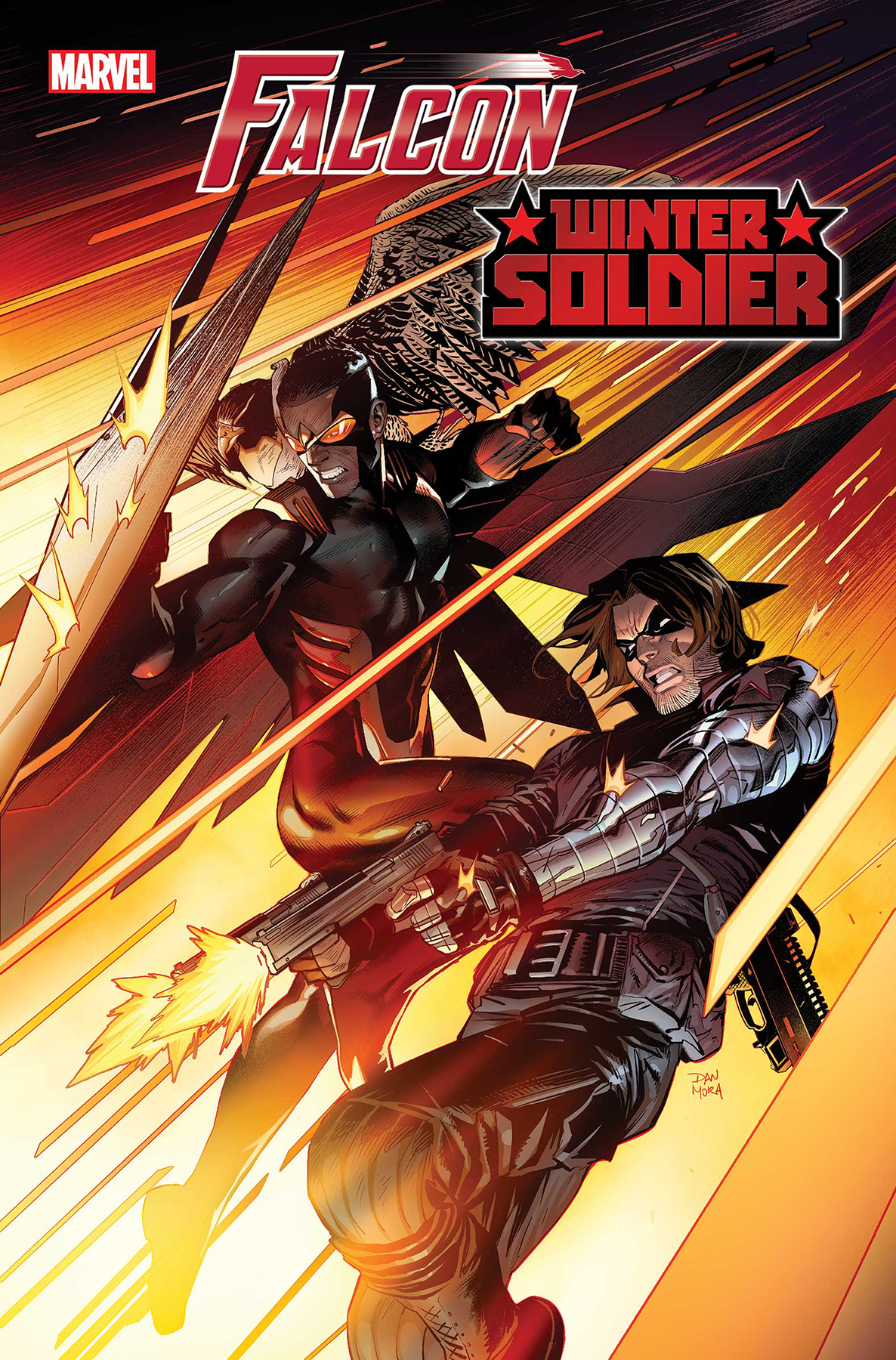 The start of a new adventure headlined by two popular characters, with unexpected new troubles keeping them from doing what they want most - just living a mundane life. It's a promising set up let down by the details, and that's a shame.