THE DAWN OF REBELLION!
Cable was a grizzled old veteran of the wars to save the future… and he will be again. But for now, he’s a young mutant living in paradise leading a life of adventure! Nathan Summers, son of two of the most powerful mutants on Krakoa, has a destiny leading the youth of mutantkind in rebellion… so why not start now? Gerry Duggan (MARAUDERS, DEADPOOL) and Phil Noto (STAR WARS, POE DAMERON) bring us young Cable as we’ve never seen him before!

It pains me a little to like this book as much as I do. I would usually be the first to say that this is a wasted opportunity to introduce a new, original character instead of just changing everything we know and love about an existing hero. I do not like the habit of relying on name recognition to boost comic sales, and overall wish things were more about new ideas and original concepts. But I have to admit, this works really well.

I’m a little shocked to see so much support and humor in young Cable’s adventures. Sure, there’s violence and wisecracks aplenty, but the youthful tone, colorful artwork, and focus on teamwork and protectiveness make this an oddly wholesome romp. I wouldn’t say the book is aimed at a younger audience, exactly, but it does feel a bit more family friendly, and I’m not sure long time fans will appreciate that. As someone who has not been a long time fan though, it’s fun to read. And a little heartwarming.

And of course, being a first issue, there’s a great little cliffhanger at the end. Honestly, it’s pretty exciting too. I do think the tone may lose some readers, but any one is still around at the end is going to be begging for more. I like that in a title, even if the rest of it feels decidedly not aimed at my demographic. So with no idea who this title is intended for, I do suggest checking it out. I would not have thought I would like it so much, and maybe you will too. There’s plenty to like – solid art, great new take on an old favorite, and much more going on than the promised action and adventure. 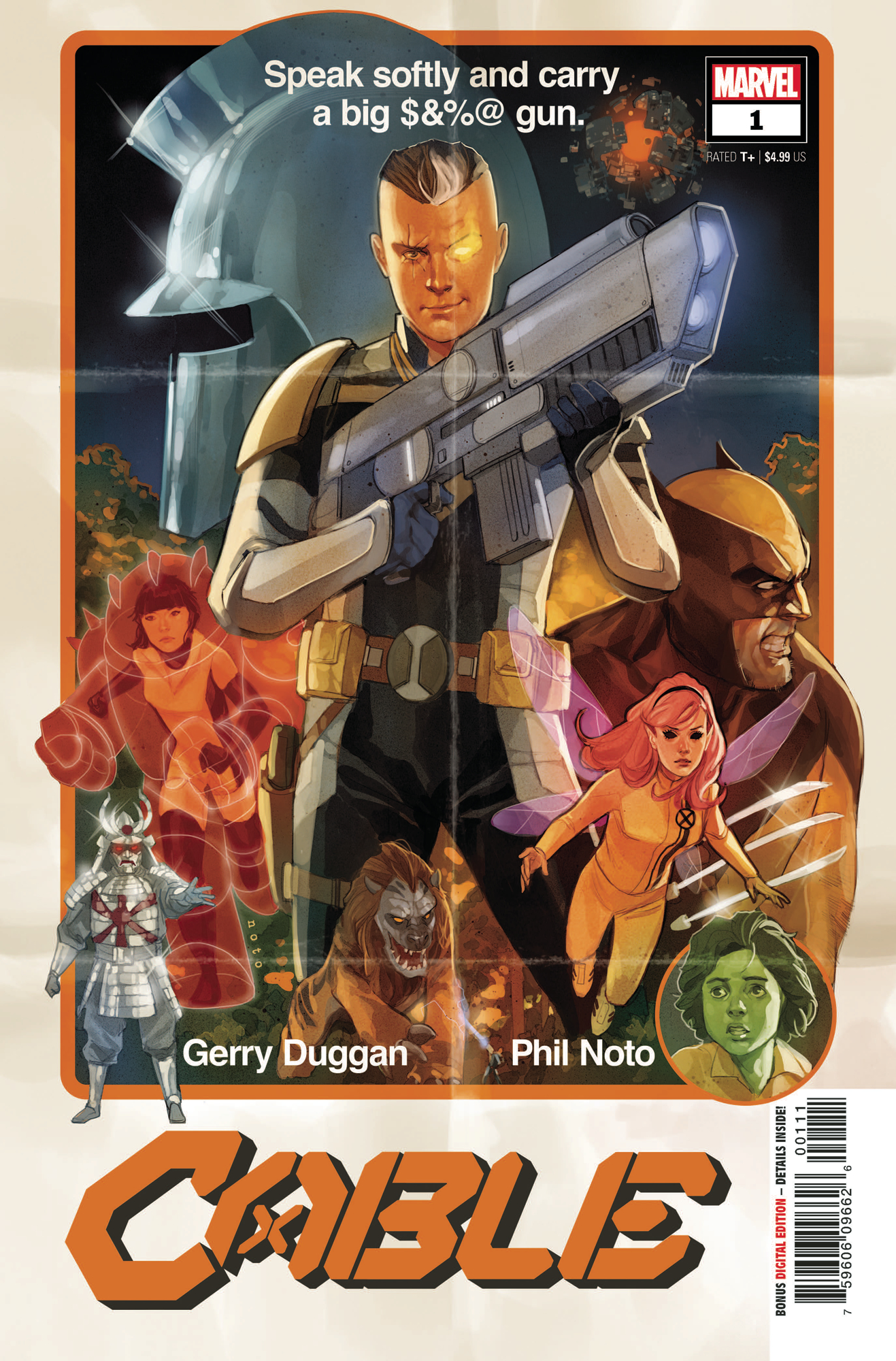 Everything Old is Young Again

Cable as a young man manages to be both funny and quite charming, despite promising to be all about action and rebellion. The youthful feel of the book varies greatly from the character's previous tone, so some hardcore fans may not like the change, but the book is solid and entertaining nonetheless.